There is a third room, which if not used as a bedroom, could serve as a study room. The apartment is a split level maisonette with high chandelier ceiling.

There is a separate dining room and a storeroom. Partial furnishing includes a fridge, washing machine, stove, wardrobe, writing desk.

Chuan Park has the Lorong Chuan MRT Station at its doorstep, and is within walking distance to the Australian International School (AIS).

Access to the condominium is manned by security guards. Shopping and supermarkets are located nearby.


Listed on 21 Feb 20, 7:35:09 PM
► All listings of CHUAN PARK
Pictures with the diagonal singapore~expats watermark are samples for illustration purposes only 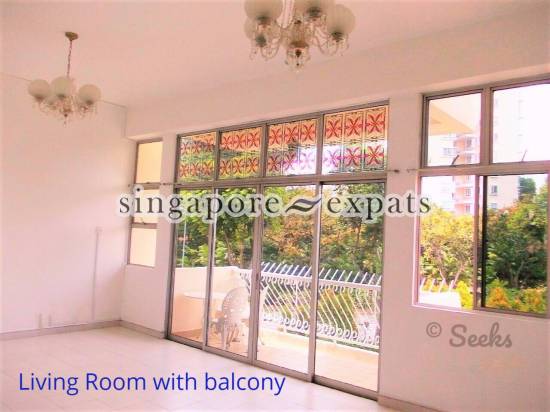